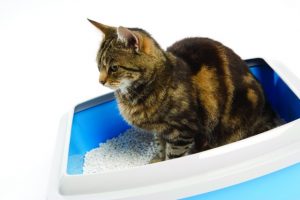 At Willamette Humane we are frequently asked for help in isolating why a cat is thinking outside the litterbox.  It is rewarding to help a pet owner through this challenge especially when we can prevent a surrender.  As much as I love my cats, I don’t want a smelly and unsanitary home and completely understand why other cat owner’s don’t either.

Recently, I jumped on the chance to work with a friend and help her through this crisis.  I felt especially connected because I helped her select this cat, a beautiful Siamese.

In this case, Harvey targeted a particular place on the living room carpet as his toilet.  We went through the usual set of questions minus one.  I didn’t have to ask if Harvey was sterilized because I knew he was – he was adopted from us.  But this is always the first question to ask.  Both male and female unsterilized cats may mark their territory – and getting them spayed (female) or neutered (male) frequently (but not always) will take care of this.  On to my remaining questions:

1)      Tell me all about his accidents outside the litterbox.   For example, where does he do his business?  Is it always in the same spot?  Does he urinate only, or does he have bowel movements?  Has anyone else used this spot for a toilet?  What we discovered is that Harvey used only one spot in the living room, he did it at night, and he pooped only.  Also, this spot was favored by a former cat.  It had been treated by a carpet cleaning company using an enzyme cleaner but the adopter is not using an enzyme cleaner on a daily basis now.  Note:  exzyme cleaners break down the

2)      How long has this been going on?  Ever since you brought Harvey home six months ago, or did it start recently?   I learned the problem has been off and on for the whole six months.

3)      Has Harvey been to the veterinarian?  Were there any health problems?  Sometimes urinary tract infections or constipation can cause lapses in litterbox issues but Harvey had a clean bill of health.

4)      Tell me about the litterbox?  What type box, what type litter, what is the cleaning frequency, how many boxes, and is there possible box guarding by other animals? I’m wanting to make sure the litterbox is large enough, easy to get into, not covered (holds in the smell like an outhouse), that there is a litterbox on every floor and a litterbox plus one for the number of cats in the household, that the litterbox is cleaned daily, and that the litter product is not offensive to the cat.  There are so many litter products – from pellets, wheat, clay, clumping, etc.  Cats vote with their nose and they always vote no to those perfumed ones that we seem to favor.  Also some cats have sensitive feet (especially if they’ve been declawed) and digging in heavy clay litter is uncomfortable.   Finally we talk about how the litterbox itself is cleaned.  We use bleach here at the shelter and it’s probably the least favorite smell for me and for cats.  You don’t need to use bleach at home because you’re going to clean your litterbox and give it right back to the same cat.  You don’t have to worry about killing every infectious little germ before passing the box to a new cat like we do at the shelter.

5)      Does Harvey seem happy, content, stress free?  Stress can cause bowel irritation and that can cause litterbox issues.  Harvey joined an existing cat in the household.  I wanted to know how that relationship was progressing.  We knew from his surrender paperwork that Harvey is a submissive personality. He continues to be uncomfortable around the first place cat in the home making me wonder if relationship stress was related to his nightly sojourns to soil the living room carpet.

Cats with litterbox aversion just have to be “retrained”.  I suggested that Harvey be secluded to a bathroom with his food and water and litterbox to ensure he understood the rules.  He should be given whole house freedom gradually during the day but not at night when he tended to do his soiling.  I also learned that a plastic liner was used in his litterbox and liners are traced to litterbox aversion so it has to go. To sweeten the deal, she should add a “Cat Attract” product to the litter. You’ll find specific “Cat Attract” litter or additives at full service pet stores.  Finally, I suggested more work be done to encourage comfort between the two cats.  Joint play sessions and treat sessions would bring them together with harmonious activity and may well heal the stress Harvey is feeling.

Our success?  Not perfect.  We did learn that Harvey will use the litterbox when secluded in the bathroom.  When given free roam, he uses the litterbox daily, but doesn’t use it 100 percent.  He has a large house and can remain apart from the other cat without difficulty.  Life goes on and Harvey is lucky to have such an understanding adopter.

Susan
Susan is the development director for Willamette Humane Society and the proud pet parent of four tuxedo cats and one brilliant herding dog. She likes to combine her personal pet ownership perspective with stories in the media about dogs and cats and share it with listeners on the KBZY morning show at 1490 AM – every Thursday morning at 6:40 a.m.
Latest posts by Susan (see all) 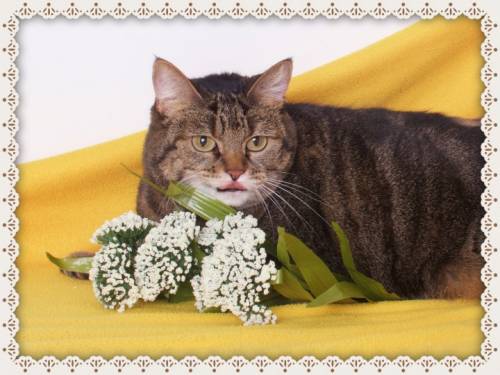 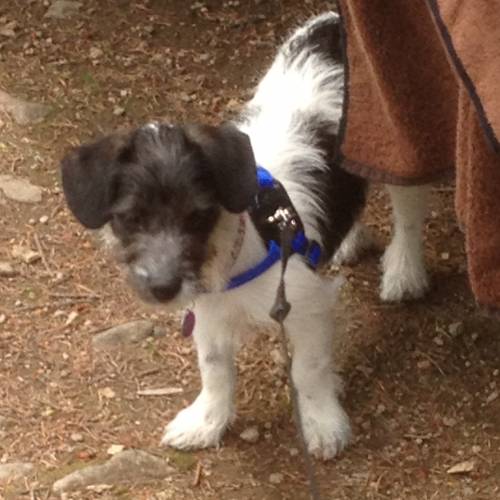