You found him! Your forever friend! Your doggie soul-mate! Your canine companion for the rest of his life! Congratulations! Here are some tips for setting yourselves up for success as you establish boundaries, build relationship and enjoy getting to know each other.

As with any relationship, there’s a honeymoon period when bringing home a new dog. You are exhilarated and feel that nothing can go wrong. Maybe you “rescued” the dog and he’s had a hard life. Maybe you want to spoil him rotten to make up for the fact that you’re his third owner. Maybe you’ve gotten the dog of your dreams and you can hardly believe your luck, and you’re probably right, but a few things done well can set you up for success for the rest of your lives together.
First, set some boundaries. Don’t simply turn your new friend loose in the house and hope for the best. Especially if your dog is coming from a shelter life, he may not even know where to go potty. For the first few weeks, be sure to go outside with him and give him a tasty treat when he pees and poops outside. That way, he not only experiences the physical relief (which he gets no matter where he eliminates) but he has a value-added motivation to do the deeds where you want him to.

Similarly, simply keeping a leash on your dog in the house for a few weeks can keep him from practicing bad habits he may have learned elsewhere. Is he big enough to put his paws on the counter? Dogs are opportunistic scavengers by design, so what makes you think he won’t grab the sandwiches given any opportunity to do so? Put the food away or take the dog with you when you leave the kitchen! Put the trashcan behind a closed door. Keep the dishwasher door shut and pick up your socks and underwear! Keep your dog from practicing his bad habits and instill some new ones.

Don’t bother with a food bowl. Seriously. Don’t even get one. Feed your new dog from puzzle toys, packed Kongs®, and from your hand for good behavior. Let him earn his meals when guests come over. Feed him for good choices. He chilled out by your feet? Great! Drop some kibble there. He looked at you before going out the door? Give him a handful. He came when you said his name? Jackpot wins all!
Go easy the first week or two. Don’t invite everyone you know to come see your new dog and DON’T stop off at the family reunion on your way home from the shelter. Remember. Your new buddy has a lot to take in and he doesn’t know you well enough to trust you, yet, let alone greet all your people properly. Give him a break. Let him settle in several days before slowly introducing him to the people in your world.

Establish routines. Like most of us, dogs relax with routines. So start them from day one. You don’t have to follow the clock so much as follow the order of the next thing. First, we go outside to go potty, next, we toss the ball for 20 minutes. Then we go in and relax while the people yakkity-yak and then it’s training time, followed by another potty break and bedtime. Feel the predictability.

Practice leaving before you need to. This one’s so important, it deserves an article all by itself, so we’ll do that, next week.

Catherine Comden, CPDT-KA
Behavior Program Manager at Willamette Humane Society
Named “the dog lady” by peers in grammar school, Catherine Comden, CPDT-KA first became a California licensed veterinary technician, then finished a BA in Psychology while doing undergraduate research on the human-canine bond at the University of Montana. After that, she was recruited by the Purdue University Veterinary Teaching Hospital to develop the ABC puppy school, to assist during veterinary behavior consultations and to help create and instruct the Purdue DOGS! behavior modification course for veterinary staff. Catherine is now an adjunct faculty member at Chemeketa Community College in Salem, Oregon and instructor for the state’s only community college level professional dog trainer certification preparation program which began in Fall 2014. 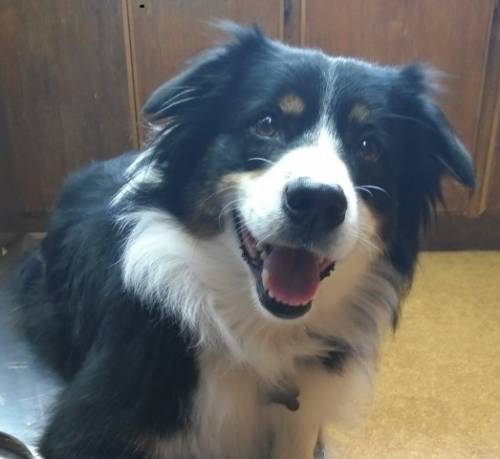 Be Your Dog’s Advocate

My Dog and TV: How I’m Spending My COVID-19 Free Time

Come to Me: 3 Easy Recall Games for Dogs