Guessing the Genetics: Does it Matter?

In last week’s blog, I covered the specialized nature of purebred dogs. This week, we’ll dive into why breed-types matter when selecting a random-bred or mixed-breed dog. First, let’s agree on some terms.
Random-bred dogs are dogs that found love on the fly. These are the fence jumpers, the “oops” litters, the dogs that met because somebody let the dogs out and they were capable of producing a litter. Truly, they are random, genetically. They are canine, but what specifically, it’s hard to tell. These dogs are lovingly referred to as “mutt”, “mixed-breed” or “canardly (because you can-hardly tell what they are.)” 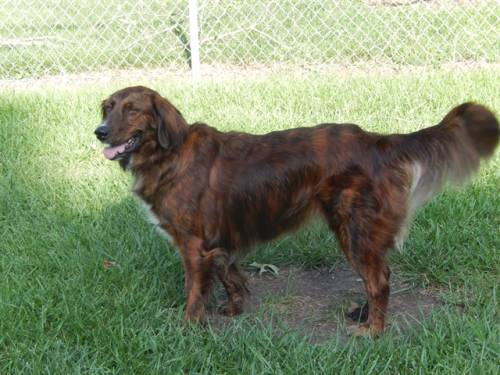 Cross-bred dogs are dogs with parents of two distinctly recognizable breeds. A poodle and a cocker spaniel brings a cock-a-poo. A Chihuahua and a Dachshund make a “Chi-weenie”. Often referred to as designer breeds, these are purebred parents of different breeds intentionally paired for a particular type of puppy. Importantly, cross-bred dogs also get the best and the worst of both sets of ancestors. They are not more vigorous in any regard but may actually be doubled-up on the genetic faults common to both parents just as easily as getting the genetic goodness of both parents.
Hybrids are the result of two different canine species being bred. Percentages indicate how many generations have been involved in the development of that particular puppy. For example, a 50% wolf-dog hybrid is a pairing of a pure wolf with a domestic dog (of any breed).  A 25% wolf-dog hybrid is one with a single grandparent that was pure wolf and the other 3 grandparents were domestic dogs. Those who intentionally mix canines are under no obligation to disclose the breeds of dogs used in the mixes but I’ve never heard of a Doxie-wolf hybrid (and I hope I never do!)
In any case, when selecting a dog from a rescue or shelter, the ancestry may be anyone’s guess. If the dog has a particular phenotype or physical look, then likely, that breed was involved in the ancestry. But, I’ve learned, thanks to genetic testing, not to get too proud of my guesses! Sometimes the oddest results come back. Like the time I saw a dog that looked mostly husky and shepherd but genetics said that in the not too distant past, there was a pug involved! Didn’t see that one coming!
Why does it matter, anyway? Well, if we agree that dog breeds were developed for a purpose, then it’s very likely that dogs with those physical attributes are going to have the temperament, sociability (or lack thereof) and mental abilities that correspond with those breeds. If it quacks like a duck and walks like a duck… well… likely it’ll swim like a duck, too. So, when walking through the shelter  and seeing that barky little short coated, long legged, pointy-eared, big-eyed tan dog, I can guess maybe some Chihuahua was involved and steer folks looking for a great little, loyal lap companion his way. At the same time, that big, fluffy coated, thick lipped, stoic dog with the curly tail and blue tongue pigment might not be best suited for the busy family that has frequent sleep-overs, since palace guards are known to be wary of strangers.
Still, it’s the individual nature that matters and next week, we’ll take a look at some simple things to do when selecting your next, best buddy.

PrevPreviousWhich Is Your Favorite Dog Breed?
NextWho Is That Doggy In The Window?Next

Do you have a lap little Boo Boo can sit on? This

Do you have a marvelous mutt at home? Have you alw

Some cats are deep thinkers. They like to sit back

We shared an adorable pup from our dog training cl