When you’re in the market for a new cat, what’s the one thing you look for? If you said coat color, you wouldn’t be alone. A cat’s coat is an awesome selling point, and sometimes, that coat tells you a little about the cat’s likes and dislikes (hello, Siamese!).

But by digging a little deeper, you could make a slightly more informed cat choice, and that could lead to a more harmonious household. To do that, you’ll need to look beyond the coat into the cat’s temperament. And this week, I have two very different cat temperaments to tell you about.

First up is this pretty grey tabby: Cloudy. He’s a little bit younger than 2, and he’s considered one of our long-term residents. He came in with a large colony of cats, and he was one of the first to be adopted. But he was returned a few weeks later because he’s a shy guy that just wasn’t adjusting to the household in which he was placed. He did a LOT of hiding, and his adoptive family reluctantly returned him, as they thought he might do better in a home that had a quieter pace.

Cloudy is remarkably affectionate, and when he’s alone, he seems like a confident boy. He isn’t doing any hiding at all in the shelter, and he’s pretty comfortable with the idea of asking for attention. Wait too long to pet him, and he’ll whack at you with his paws.

But, Cloudy also isn’t a rambunctious cat. He wasn’t terribly interested in any toy I tried, and he didn’t respond to catnip, either. This is a guy that wants to be petted, and then wants to be left to his own daydreaming.

Families looking for a quiet, low-maintenance, self-assured cat would be happy with Cloudy. He may look young and small, and that can seem to suggest that this is a playful kittenish cat, but he’s really a gentle guy that’s looking for the low-key lifestyle.

And, Cloudy has FIV. That means he can’t go outside, as a cat that bites him could contract the disease, and an infection from a cat bite could be very hard on Cloudy’s immune system. He should also be introduced to resident cats in a slow manner, for the same reasons.

If shy cats aren’t right for your household, have I got a cat to tell you about. Meet Quincey.

Quincey is 16 years old, and he’s been through quite a bit. His ears are a little ragged, he’s a little thin and his coat is a little dull. He’s showing his life on the streets quite well. But, that tough life has given this cat a great deal of confidence. He seems to know, deep down, that he can handle almost anything. So he shows no fear in common scardey-cat situations. Kids, dogs, strange cats, cleaning products, brooms…. Nothing really seems to phase him. He should adjust to even busy households with ease.

This is also a remarkably playful cat. I played a few games of peek-a-boo with him today, and it was so much fun. I covered him with a towel, and then pulled that towel back off while he batted furiously at the fabric. He got so excited about this game that he ran a few laps around the room. Busy, active families that love to play kitty-cat games will like this guy.

Quincey can also be snuggly and calm, and he did settle down on my lap for awhile. I even got a good selfie. But he’s also quite willing to nap on his own, and I saw him doing that quite a few times, even when visitors were around. That’s the flip side of a confident cat: They don’t always need you. Shy cats do, but confident cats don’t always. Just a point to consider.

A Purrfect Couple of Cats

Quincey has formed a lovely and respectful bond with my personal favorite shelter cat: Lionel. They’re exchanging kitty kisses (love it!) and napping side by side. It would be an amazing thing to see them go together….

But I’d just love to see Lionel go home, period. Who can resist this face? I can’t. And I can’t quite figure out why he’s still available. If you know of someone that could take a senior flame-point Siamese mix, direct them to Lionel, won’t you? He’s been waiting for too long.

As a reminder: If you’re coming to look for cats at Willamette Humane Society, ask about temperament from the helpful cat volunteers. We spend a lot of time with these kitties each week, and we know a lot about where they’ve been and where they’re going. We can help you make an informed choice based on looks AND temperament. And we’d love to play matchmaker with you.

That’s it for this week! Please share, or better yet, please visit!

Meet Pierrot the Clown, Alex and Alice: Three cats that need you! 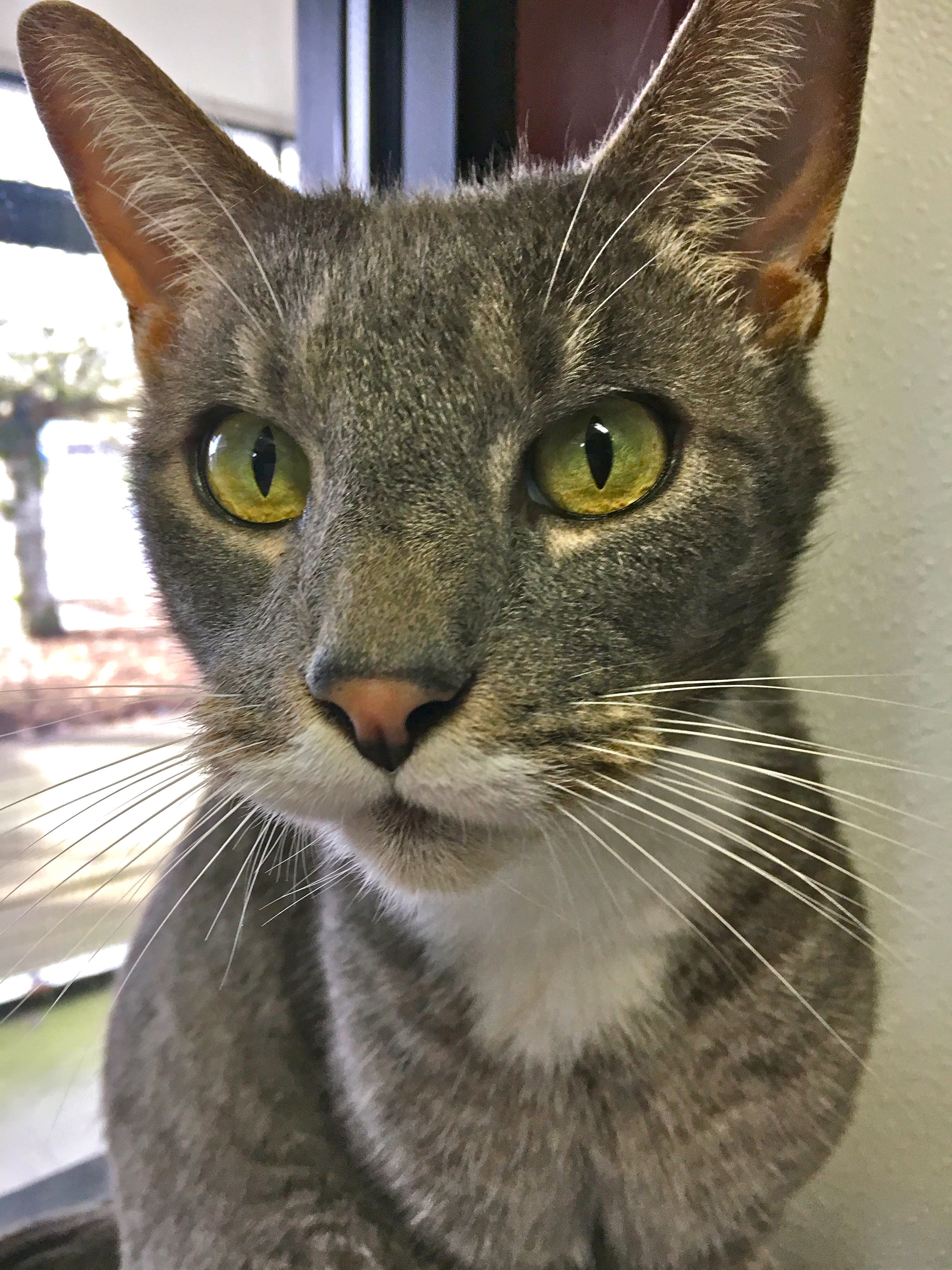