During the month of September, 180 cats from Willamette Humane Society found their forever homes. That’s a lot of cats, and we’re so thankful for every family that took a feline home. However, the cats I’m about to tell you about were overlooked in September. In fact, most of them have been waiting for their homes since summertime.

This week, I’m hoping I can encourage you to SHARE these stories with your network. If you can’t adopt, maybe you know of someone who can. The more frequently we can get the word out about these cats, the sooner they can leave shelter life behind. You can help make that happen!

Meet Nova, a 13-year-old long-haired tortoiseshell cat with the prettiest green eyes you’ve ever seen. This is a real showstopper of a cat, and she knows it. Nova’s absolute favorite thing involves brushing. In fact, she often tries to entice her visitors to brush her by looking longingly at her brush and then back at her human.

Nova would make for an exceptional lap cat, as she adores to be petted. She forms very strong bonds with people she knows well, and she shows those people a sweet side that she tends to hold back from strangers. She has many loyal fans in the shelter who often talk about how much they wish they could take her home. Our staff and volunteers meet dozens of cats every day, remember. If they like this cat above all others, that’s really saying something.

Nova would do best in a quiet home. She might enjoy a cubby-type bed that allows her to snuggle away when she needs peace and quiet. She has a few mobility issues, so climbing toys and platform beds won’t be right for her. Soft, low beds would make her exceptionally happy.

Can you help Nova?

Next up is this handsome elderly cat named Chiodo. He has been in the shelter system since July, with a brief period in which he was adopted (and returned) and a brief period in which he was ill and getting treatment from our medical staff. If you have visited the shelter in the last few months, you may not have met this guy. But he has been waiting for someone just like you to help him.

Chiodo has a beautifully expressive face, including gorgeous blue eyes. His special skill involves staring with those pretty eyes into the eyes of his visitors. He might be trying to send them mental messages to take him home. So far, they haven’t worked quite yet. We think if someone stopped to visit with him, they would soon fall in love.

Chiodo is very friendly, and he takes no time at all to warm up to new people. He tries very hard to climb into the arms of his visitors, which seems to suggest that he might enjoy being picked up and carried. He has an amazingly loud purr too.

Chiodo came to us as a stray, so we don’t know a lot about his history. He was adopted at one point (and returned only because his person had allergies). He didn’t enjoy the company of the kitten in that home, which could mean he doesn’t want to live with active feline friends. We’re not sure about dogs.

This guy is looking for a safe, soft place to spend his final years. He has chronic kidney disease, so he will need a special food. And he has a bump on his shoulder that comes and goes, which will need medical monitoring. We are hoping we can find him a hospice home, so he can spend his remaining time with people who love him. Because of his health issues, we have eliminated his adoption fee.

Can you help Chiodo?

This pretty silver tabby is Spud, and she is my favorite cat in the shelter at the moment. We spend a time together during my coffee breaks. Spud sits in my lap and kneads at my legs for as long as I am willing to stay seated. I will miss her when she goes, but I am hoping she will go home soon.

Spud came to the shelter with her siblings. All of those kitties have gone home, and Spud has been left behind. In the beginning of her stay, Spud was shy and she spent quite a bit of time hiding. All of that behavior is over now. Spud is willing to accept affection from almost anyone, and she will even allow tummy pets from people she knows well. (Even my own house cats won’t allow that!)

Spud has lived with other cats, but she is an independent soul that prefers not to share her bed with kitty friends. She might not appreciate living with very young and inquisitive kitties, but older and calmer friends might suit her just fine. We’re not sure of her history with dogs.

Like many older cats, Spud has a form of kidney disease and will need a special diet and medical monitoring. For that reason, her adoption fee has been waived. We’re hoping someone will come soon to give this hospice kitty a soft place to land.

This orange tabby cat achieved social media fame on our Instagram page awhile back, and we felt certain someone would come to take him home. But all of those social likes and clicks didn’t translate into visits. And that means this 7-year-old tabby is still waiting for his perfect fit.

Vernon is a remarkably calm and collected little kitty. I have never seen him leap up for anything (including food), and I have never heard him make any kind of mewl for attention. Instead, he just watches the world around him, taking in all the sights and sounds as they come. This makes him easy to overlook, as the cats around him tend to reach out and grab visitors with their paws and their cries.

Vernon wants nothing more than to be your lap cat. He is happiest when he is snuggled in the arms of someone he loves. He likes to be held, and he adores to be carried. He is a fan of being brushed, and he has no problem with medical treatments (including having his toenails cut). He gets along nicely with all cats, including sassy cats. He is an all-around wonderful little guy.

Vernon does have FIV, but don’t let that scare you. This infection has nothing to do with human AIDS, and you can’t get it and neither can your dogs. Your cats are only at risk if they fight with cats and share deep puncture wounds. Since Vernon would do anything not to fight with cats, this seems nearly impossible (although slow introductions would be wise).

Can you help Vernon?

Prospero: Waiting Since May 5

This four-year-old kitty has the sweetest, fattest little cheeks! Just looking at his face makes me smile. His face has been shared on our social channels multiple times, but again, that hasn’t translated into visits. We hope that will change this week.

Prospero is a remarkably active cat that benefits from puzzles, toys, and games that allow him to use his mind. He will dive after a wand toy for hours, and will then spend his free time diving into and out of a cardboard box. Since he is so active, it has been hard for him to sit in the shelter. He was recently moved into the office of our volunteer manager, and he’s been entertaining that team with his attempts at supervision. He likes to play with their pens, their business cards, and their shoelaces. If it’s fun you’re after, Prospero is your guy.

In addition to athleticism, Prospero is incredibly intelligent. If he is not given outlets for that intelligence, he can come up with games humans don’t always appreciate (including picking on other animals in the shelter). This is a cat that might do best as your only cat, and he will need your full attention and play sessions to thrive. I can’t think of anything more fun than to work with this smart, busy boy.

Prospero also has FIV, just like Vernon. In fact, those two lived together for a time. Since Vernon is so calm, he complimented Prospero quite nicely. If you have room for both cats, that would be wonderful.

Can you help Prospero?

Thank you for reading along this week. Remember: We’re really hoping we can lean on you to help spread the word about these long-time overlooked cats. We need to get them homes. Thank you for your help! 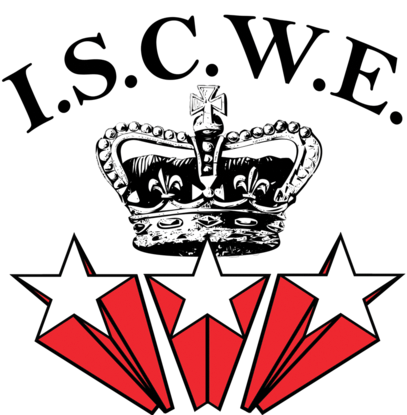 Join us for November’s PETtalks: Rehabilitation for Pets 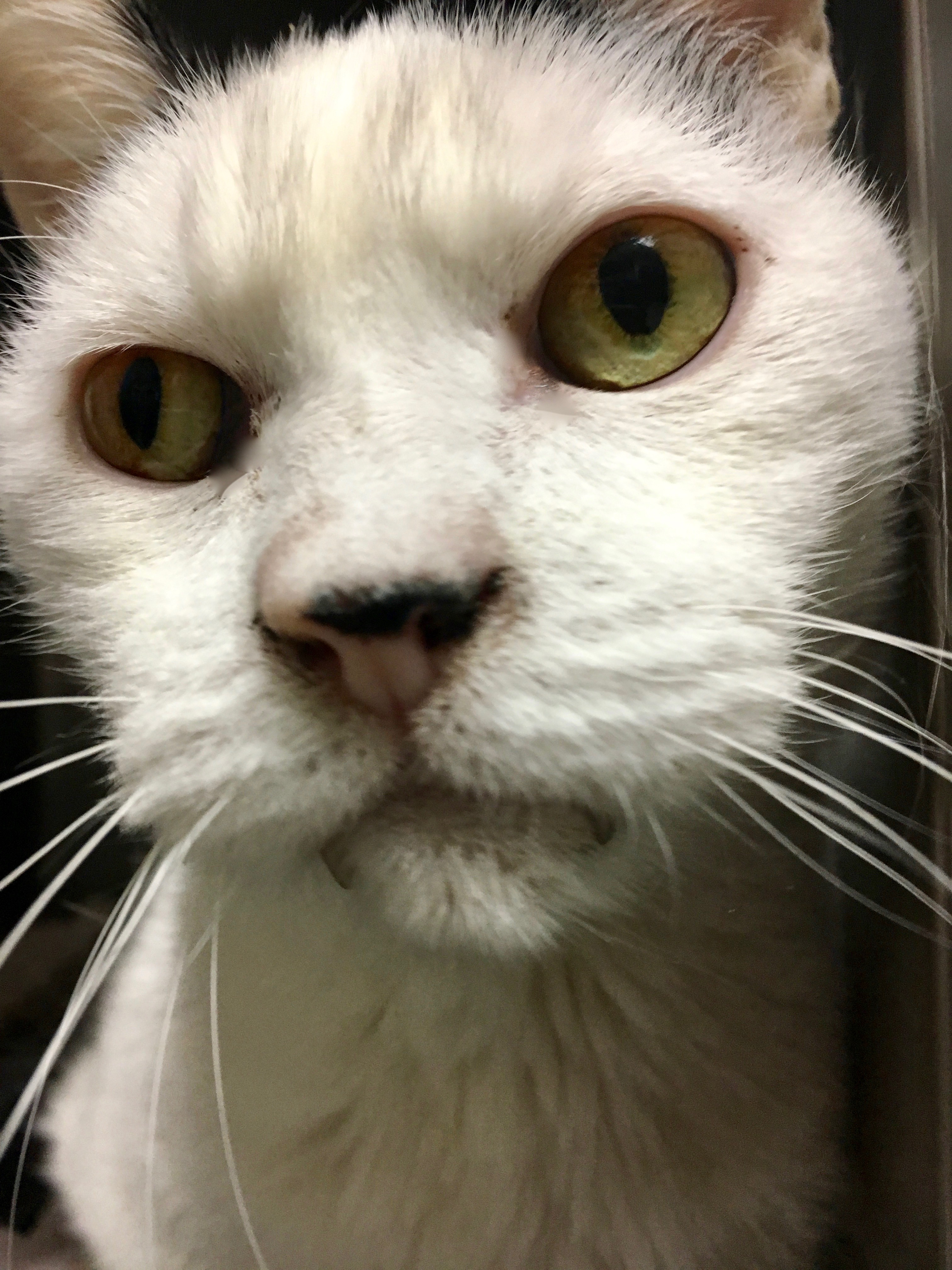