Dear Fellow Dog Lovers,
This week I’m starting out with a dog that I first wrote about in my January 8th post who is still waiting for his perfect fit of a home. Maybe a new reader will happen to see my blog and realize that their family would be just the right fit for Tucker.
Got a farm? Need a dog?
Do you live on a farm or acreage without a dog and wish you had a loyal companion? Tucker is looking for a special family, as he has a few issues. But what a sweet boy he is and he’s been waiting a long time for the right home. 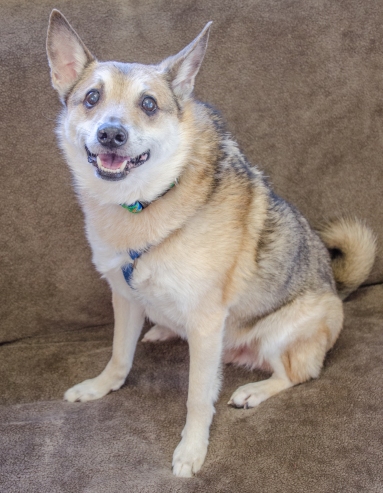 Tucker is a five-year-old mixed-breed dog. He was found as a stray in early December, very frightened. His first days at the shelter were quite stressful for him. As we got to know him, we realized that Tucker needs a special type of home. He is not comfortable around other dogs and is reactive when he is on leash. In playgroup he did not want to be close to the other dogs and did not enter into play with them. He also can be very vocal when he sees other dogs. So that’s the full disclosure about his quirks. But Tucker has many positive attributes, too. He loves to be around people, as well as cheese. He takes treats gently, knows basic commands, and is an eager and engaged learner. He did well during his exam with our vet. On Sundays he loves spending time in Mary’s Place with Megan, Ayla, Marianne, Caroline, and me. 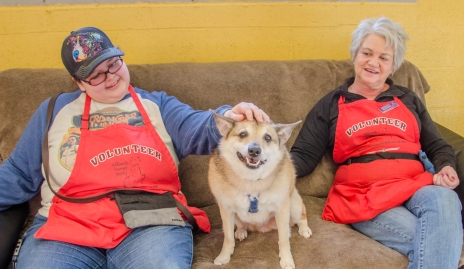 So what kind of a home does Tucker need? He is definitely not an apartment dog. He would thrive on a farm or acreage where he was the only dog around and could spend his time hanging out with his peeps while learning new tricks in exchange for cheese bits. He’ll need a family with older kids, about 13 and up. He will be a wonderful companion in a quiet, calm home where he will feel safe and loved as the only pet.
Tucker has been at the shelter for a long time. He is well-behaved in his kennel, doesn’t fuss or complain, takes a lot of naps, and is excited when he gets to go out for a walk or have time in Mary’s Place. We’re hoping he won’t have to hang out with us much longer.

Do you love Labs, but wish they were smaller? Let’s talk!
When I got to the shelter on Sunday, I was delighted that the sun was out so we’d be able to take outdoor pictures. We decided to ask Gunner if he wanted to go out to the big yard and play. He did!

Gunner is a five-year-old mixed breed (Lab/Beagle?) boy who thinks he’s still a puppy. He looks and acts a lot like a Lab, but at 33 pounds, he’s perfect for someone looking for a medium-sized dog. Gunner’s family had to give him up when they moved. They report that he is “very quiet, playful, sweet, and loving. He likes to cuddle, sleep with his people, and play in water.” He is rated for older kids. He knows several commands like sit and down and takes treats gently.
When we got out to the big yard, he was so excited to play fetch. Not only does he race after the ball, he brings it back and places it in your hand!

Suddenly Gunner discovered a new toy that Ayla had brought out.

Gunner does have a few quirks that his new family needs to be aware of and help him with. He playfully chased the cat in his former home. He seems to prefer female dogs to males. He follows his nose and will chase birds, squirrels, and rabbits. He likes to go on adventures, and though he has always come back, his family will need to watch that he doesn’t escape from the house. He can be anxious when left alone. As you can see from our Sunday yard time, Gunner is high-energy and will need a family who will give him the exercise he loves. However, after our rousing games, Gunner was ready to settle down.

He was happy to pose with his fans on the platform.

He wanted to show his gratitude for our playtime with him.

Then we took him into Mary’s Place and he loved hanging out with us. 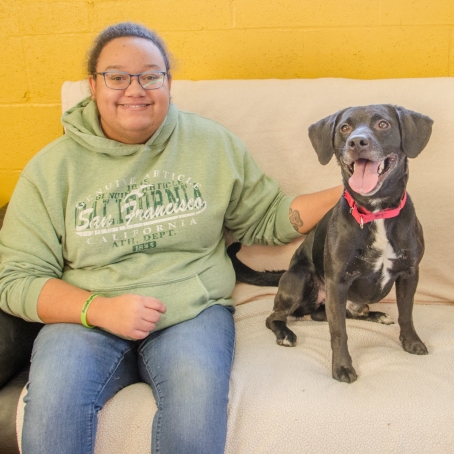 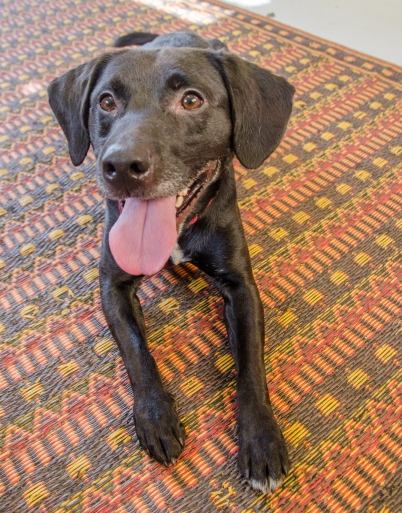 We had so much fun with Gunner on Sunday and we hope he’ll soon be found by his new family.
We’ve been together forever. We’re bonded—SO—you get BOTH of us!
Look at these faces. The one on the left is Harley and on the right is Bailey.

Harley and Bailey have been best friends their whole lives—which is about two years. They are mixes (Chihuahua/Terrier/Dachshund) and are absolutely adorable. They were surrendered because their family had too many dogs. When they first arrived, both were extremely shy and fearful, but after a few days they have relaxed and are happy as long as they are together. Their former family said they are house-trained and are fine when left alone (as long as they are together, of course). Bailey does not like car rides (whines), but Harley enjoys them. Both are shy around new people and other dogs. Sudden movements, loud noises, and unfamiliar situations make them nervous. They would love a calm, quiet home, maybe with older children who will respect their need to feel safe. Here they were during their photoshoot outside with Megan and Ayla.
Harley 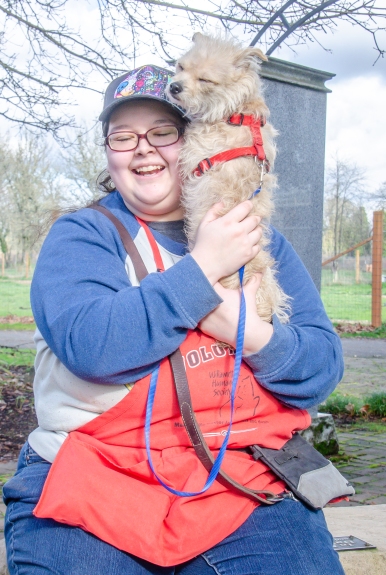 They were a little chilly outside, so we went into Mary’s Place and they loved being with us, becoming lap dogs and very affectionate.

These two little characters will be a joy to have around and pretty easy since all they really want is to be together with their peeps and some squeaky toys. The shelter is a bit overwhelming to these little girls and they hope they will soon be snuggling with their forever family.

Ever wonder how many volunteers it takes to play fetch with one shelter dog? The answer seems to be five, including the photographer.

It’s kind of amazing that Marianne and Megan stayed so calm as Gunner took flight. Who would have guessed that a Lab/Beagle mix could fly?

We have one update this week and it is a cute one!
Cinderella/Bella
Cinderella arrived at WHS as a five-month-old puppy on a transport from San Antonio in late October 2017. She was quickly adopted, but returned the next day because the adopter’s husband was allergic to her. Cinderella was quite stressed, but not for long. The very next day her forever family found her and took her home, naming her Bella. She even had a new brother named Toby. I just got this happy update from her family and quite surprisingly, Bella wrote part of her update herself!
“I would like to introduce you all to Bella. She was adopted in 2017 when she was still a puppy of 5 months. We fell in love with her when we were looking through all the dogs that were at Willamette Humane Society. We wanted to give a dog a second chance to have a full and loved life. As she settled into our home, she was a perfect fit. She wants to tell you a little bit more about herself.”
“I left the kennel with this wonderful family that hugged and kissed me often. I even have a brother who is a big dog. I love cuddling up with him and he doesn’t even mind! My mommy is always cuddling and kissing me. My daddy does zoomies with me when he gets home from work. He does cuddles, too. You have to hear about this park that my family takes me to. It is a blast and now that I am bigger, I can run faster! My job at the park is to say hello to every dog there. I have found out that I even love cats! Who would’ve thunk? I better say good-bye for now; I can talk forever about myself. Please visit WHS and adopt one of my friends from there; everyone needs to be loved and wanted.”

With that happy update, that’s it for this week!

All of the dogs I have featured today, along with other terrific dogs waiting to be adopted, can be found at Willamette Humane Society. Here is the link to the adoptable-dog page:
https://whs4pets.org/adopt-a-pet/dogs-2/
Remember, if you see a dog on my blog whom you are interested in meeting, try to make arrangements to get to the Willamette Humane Society soon. Some dogs are adopted more quickly than you might think.
You can reach me at  adoptanoregondog14@yahoo.com